Apart from traditional conferences, which tries to spread and share knowledge, innovation and change are mostly attributed to networking and informal contacts; there are interventions like basically self-organized conferences; then you have events structured around discussion in response to a set of questions and rotating participants; methods to avoid "scoring winning points" in large groups by challenging the brain to think in six distinct directions. Here we explore 4 ways of Creating Innovations by Large Group Interventions.

Large Group Interventions (or Large Group Facilitation) are ways of active influencing groups from 30 to 2000 persons in order to initiate change. It is a deliberately planned, organization-wide effort (or even across organizations) to increase effectiveness or to enable achieving strategic goals.

Examples are:
• raising awareness of medicine safety at a medical conference
• establishing trust and cooperation between enterprises, research labs, universities and governmental agencies
• transfer of knowledge or innovations at industrial conferences
• improving social cohesion in neighborhoods

Many people report that the most useful parts of a traditional conference are not the presentations held by expert speakers, but the networking and informal contacts in between. So why not skip the expert speakers and just limit a conference to what the participants are most interested in?

In Open Space Technology (an unconference) the attendees create the working agenda, as individuals post their issues in bulletin board style. Each individual "convener" of a breakout session takes responsibility for naming the issue, posting it on the bulletin board, assigning it a space and time to meet, and then later showing up at that space and time, kicking off the conversation, and taking notes. The conference is nearly totally self-organized, see here for examples.

Participants move between a series of tables where they continue the discussion in response to a set of questions, which are predetermined and focused on the specific goals of each World Cafe.

The process begins with the first of three or more twenty minute rounds of conversation for the small group seated around a table. At the end of the twenty minutes, each member of the group moves to a different new table. They may or may not choose to leave one person as the "table host" for the next round, who welcomes the next group and briefly fills them in on what happened in the previous round. See here for examples.

A lot of group discussions, especially when the group becomes large, bog down in arguments and   “scoring winning points”. As a result discussion go on for hours and participants loose interest.

A way to prevent arguing and replacing it by exploration of a subject, the method of the Six Thinking Hats is used. It provides a means for groups to plan thinking processes in a detailed and cohesive way, and in doing so to think together more effectively, resulting in 3 times more ideas in 3 times less time. See here for examples.

Future Search is the name for a 3-day planning meeting that enables people to cooperate in complex situations, including those of high conflict and uncertainty. The method typically involves groups of 40 to 80 people in one room and as many as 300 in parallel conferences.

People follow a generic agenda, regardless of topic. It consists of 4 or 5 half day sessions on the Past, the Present, the Future, Common Ground, and Action Planning.

Future Search methods have been used to design an integrated economic development plan in Northern Ireland, work with a Hawaiian community to reconnect with traditional values, and determine the future of urban mobility in Salt Lake City, Utah, among many other examples. 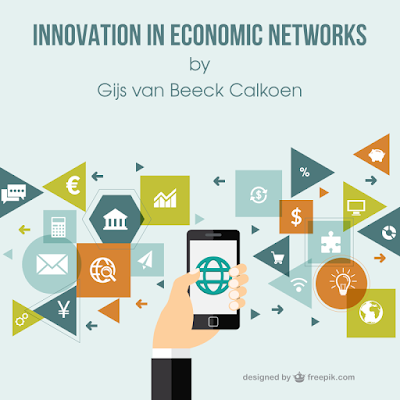 
"...economic networks or innovative clusters do not emerge by themselves and also will not be sustained by themselves..."

In the booklet Málaga - para invertir para vivir the Townhall of Málaga explains its vision for the years to come in four coherent areas:
Malaga sees itself as the economic motor of Andalucia, as a city of science and innovation.

An important initiative for economic growth is Málaga Valley, in analogy of Silicon Valley. Club Malaga Valley functions as a think-tank, an initiative supported by a group of presidents of the most important ICT companies based in Spain. The Club´s goal is to design the policies and strategic guidelines to solidify Málaga as the most important technological region in Europe.

A more recent initiative is the MalagaMakers - Start-up community, a network of more than 400 creative engineers and designers, marketeers, web-professionals, entrepreneurs, investors, journalists and all sort of creative professionals. Remarkable is that their focus is global and their language is English. More information about Startups, the community and ecosystem at StartupMalaga.

However, the question rises, what are economic networks, how do they work, what are the asic assumptions and how to intervene to make them more effective?

The Theory of Economic Networks

Economic networks as a strategy for economic development and innovation originates from the conclusions of Prof. Michael Porter about the competitive advantage of nations. Many governments and industry organizations around the globe have turned to his concept of Cluster Development as a means to stimulate urban and rural economic growth. There is even a European Secretariat for Cluster Analysis.

A cluster is a geographic concentration of interconnected businesses, suppliers, and associated institutions, like educational centres and research facilities.


Silicon Valley (ICT), the Burgundy area in France (wine), Rotterdam Harbour (logistics), Hollywood (films) and the Digital Media City in Seoul are compelling examples how severe competition and cooperation in a network at the same time led to systems of continuous innovation.

For generating growth and innovations in economic networks policies may be directed on two components:

Key to the flow of technology and information among people, enterprises and institutions is the interaction between the actors who are needed in order to turn an idea into a process, product or service on the market. In order to function favourable, the economic infrastructure should be backed by adequate social networks.

We can interpret an economic network as a sociobiological system, wherein people have developed patterns of behaviour that minimize transaction costs caused by social barriers resulting from geography, lack of trust, differences in language and culture, and inefficient social networks.

A well developed social infrastructure can be characterized by the intensity of Business Networking initiatives, but also by the effectiveness of the networking events themselves.

Traditional networking events contain a short presentation by an expert followed by drinks and snacks. However, there are far more efficient methods to stimulate effective interactions in groups. Examples are:

The objective is to enhance the social capital of the participants and of the network as a whole.

An important variable for effective networking are the networking skills of the participants. There are some useful books like:

Also fairs and conferences are applied to stimulate interactions between actors in a socio-economic network. However, also these events are designed for knowledge transfer, not at all for effective networking and organising effective change. Large Group Interventions, like Open Space Technology or World Cafe can provide for self-organising potential of social networks.

Open Space Technology is an approach to purpose-driven leadership,including a way for hosting meetings, conferences, corporate-style retreats, symposiums, and community summit events, focused on a specific and important purpose or task — but beginning without any formal agenda, beyond the overall purpose or theme.

The "World Café" is a structured conversational process intended to facilitate open and intimate discussion, and link ideas within a larger group to access the "collective intelligence" or collective wisdom in the room. Participants move between a series of tables where they continue the discussion in response to a set of questions, which are predetermined and focused on the specific goals of each World Café.

By now it will be clear that economic networks or innovative clusters do not emerge by themselves and also will not be sustained by themselves. Both the economic infrastructure and the social networks have to be effectively designed, where co-workings, hubs and collaboration spaces play an important part. Just bringing in a diversity of business people to an event, pinning on them a name card, giving them a presentation by an excellent speaker and after that a beer is totally inadequate to exploit the full inherent potential the businesses have.